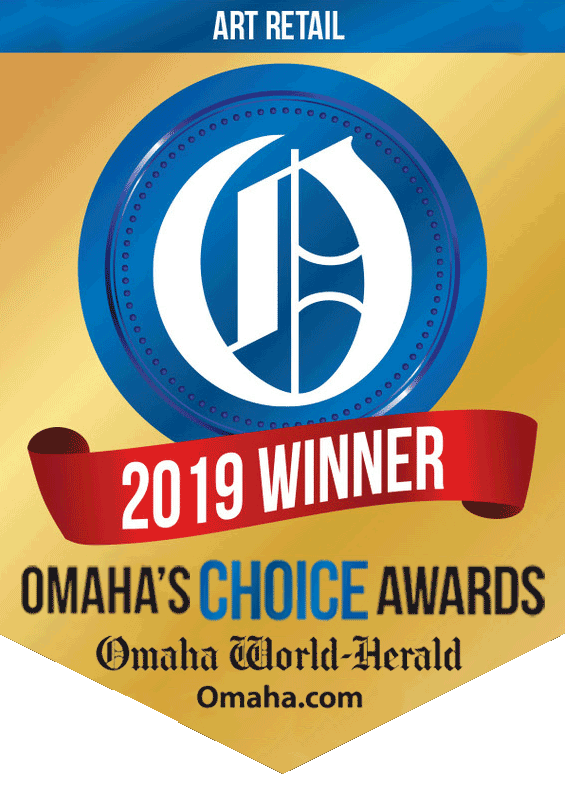 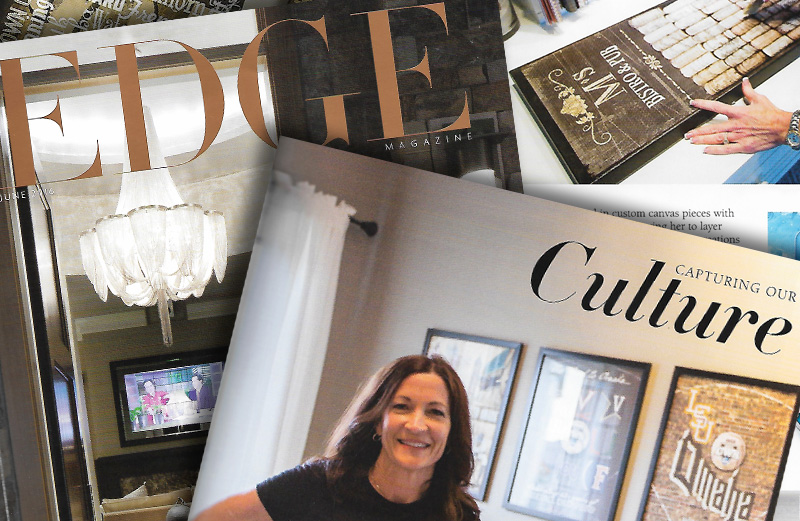 Edge Magazine wrote a wonderful story about the inspiration behind Big O Art and how it came to be in their June 2016 issue. 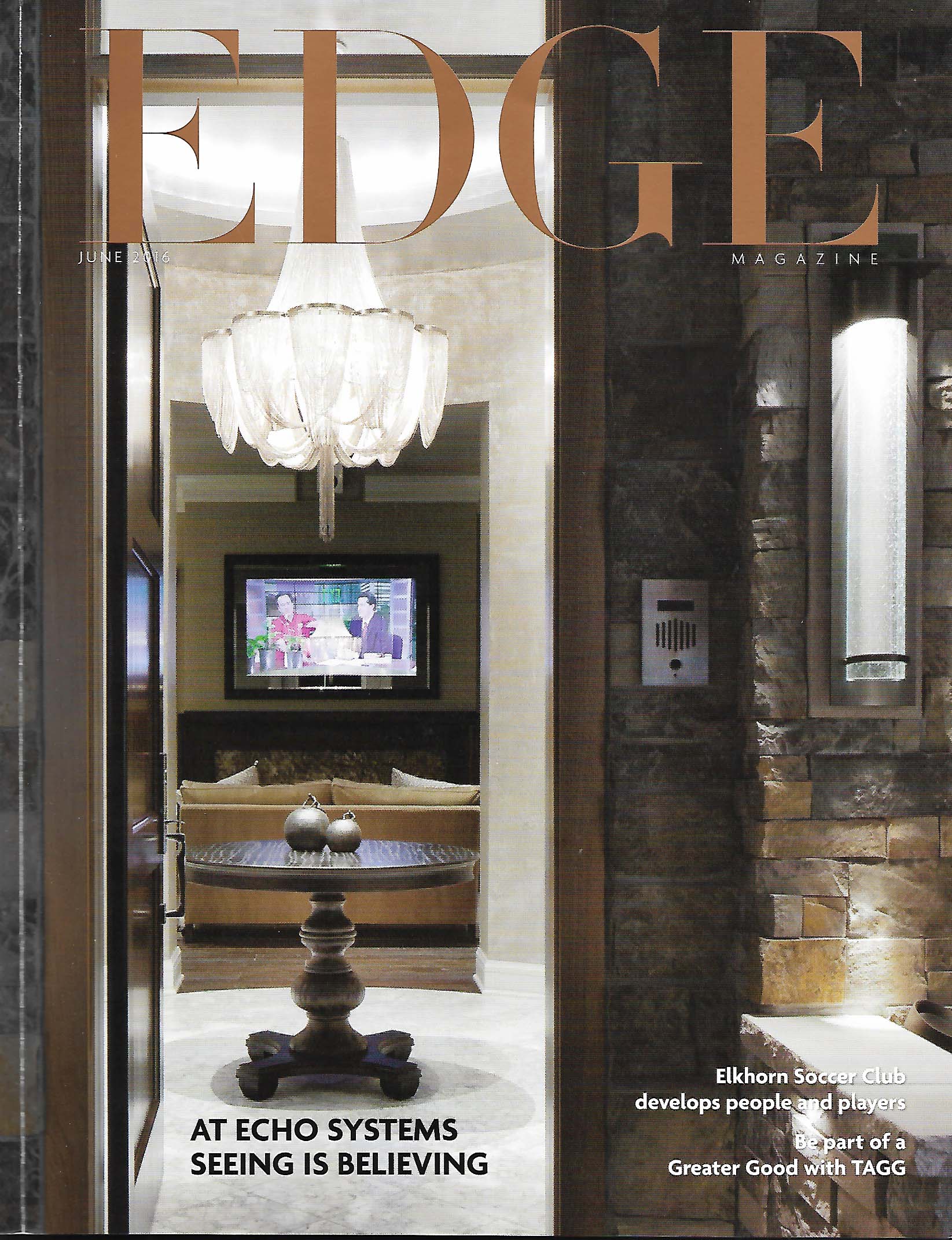 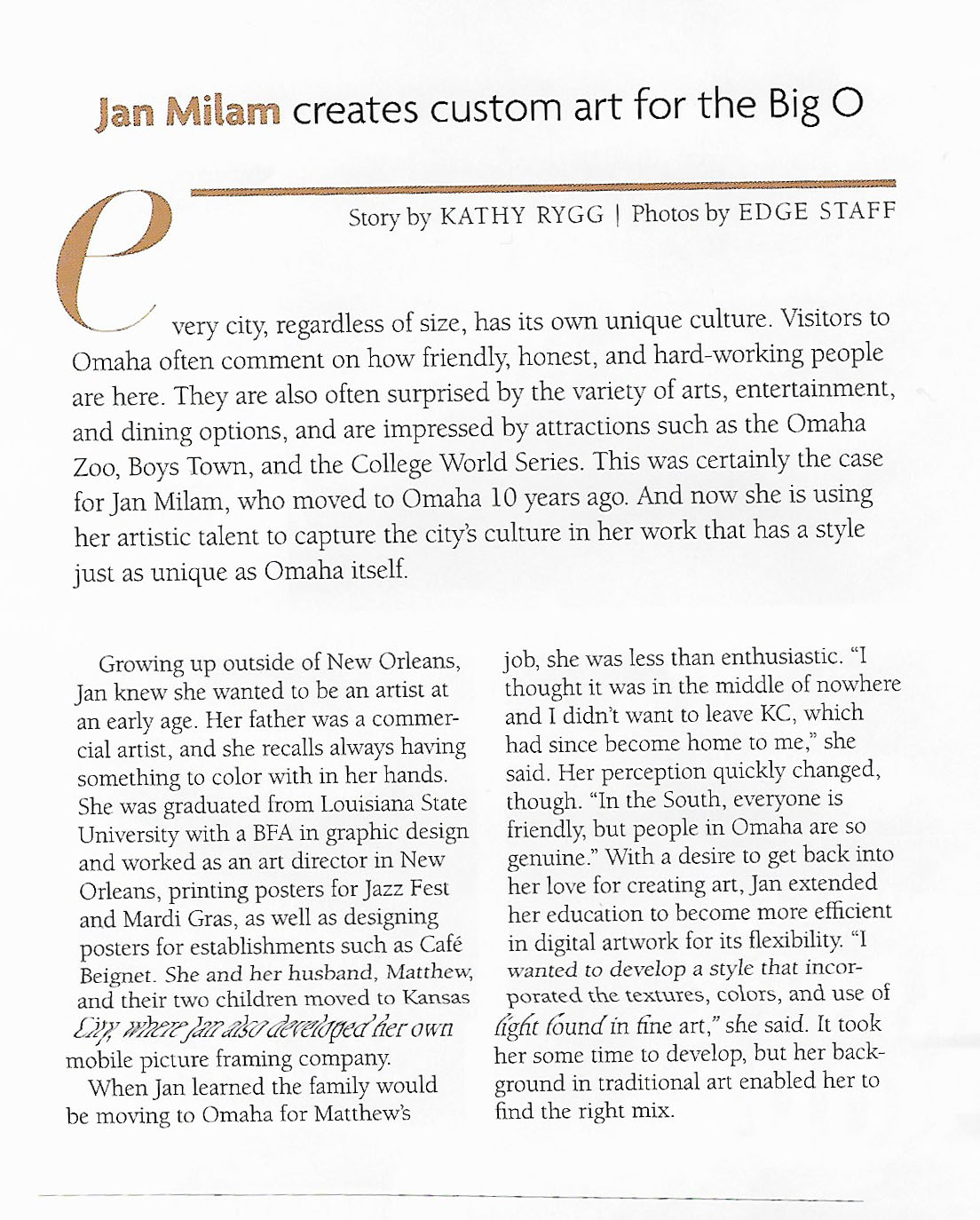 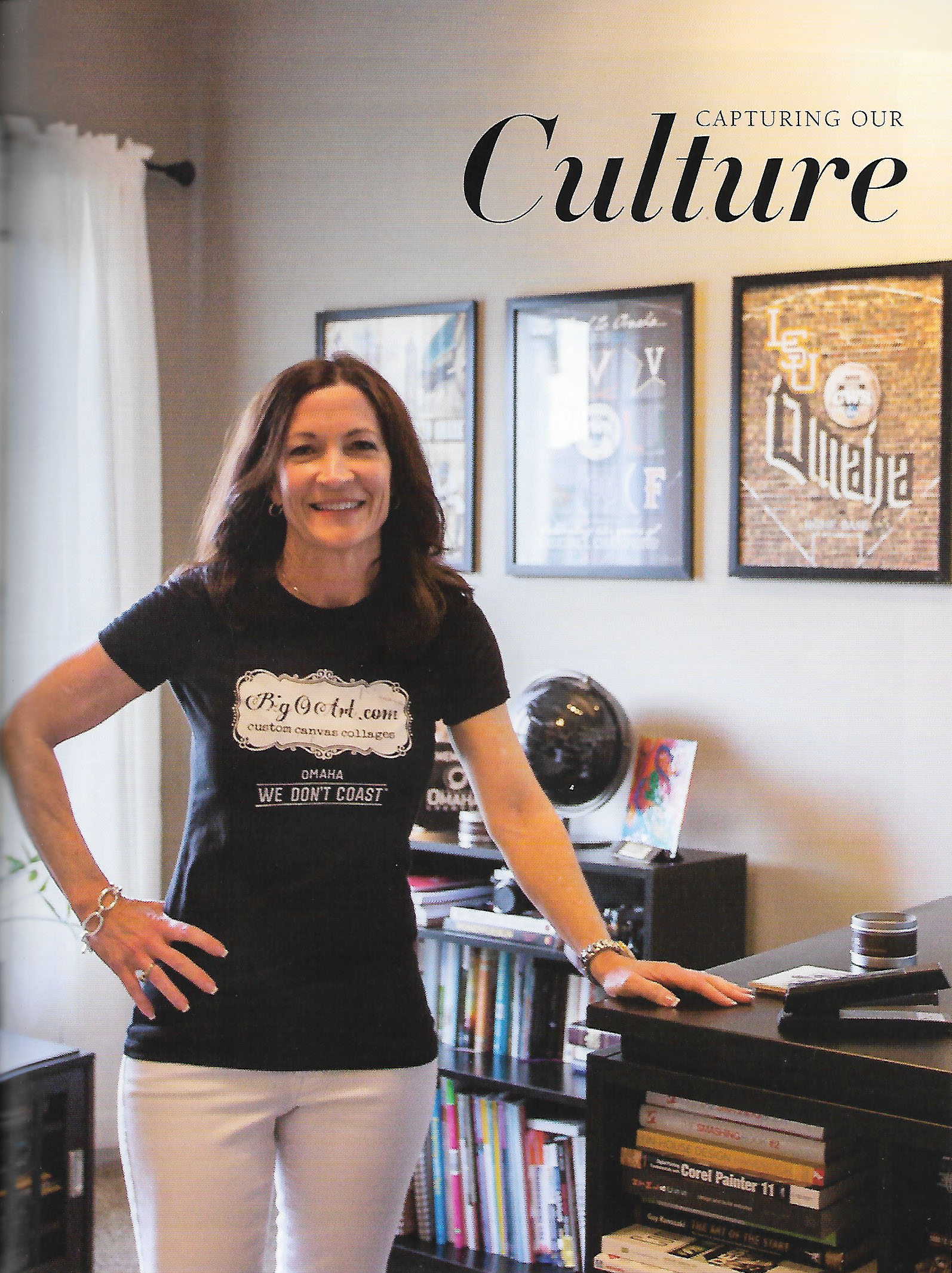 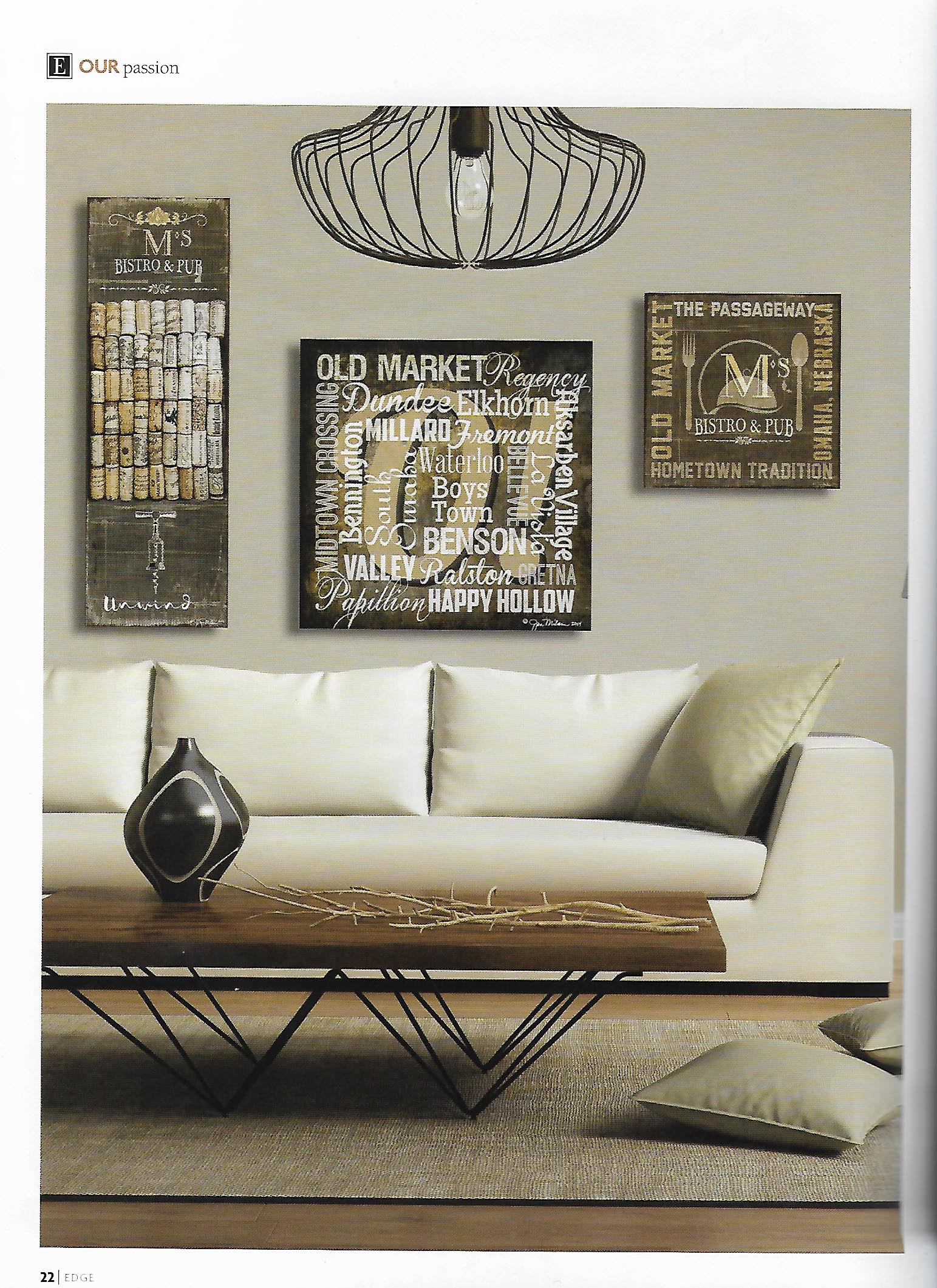 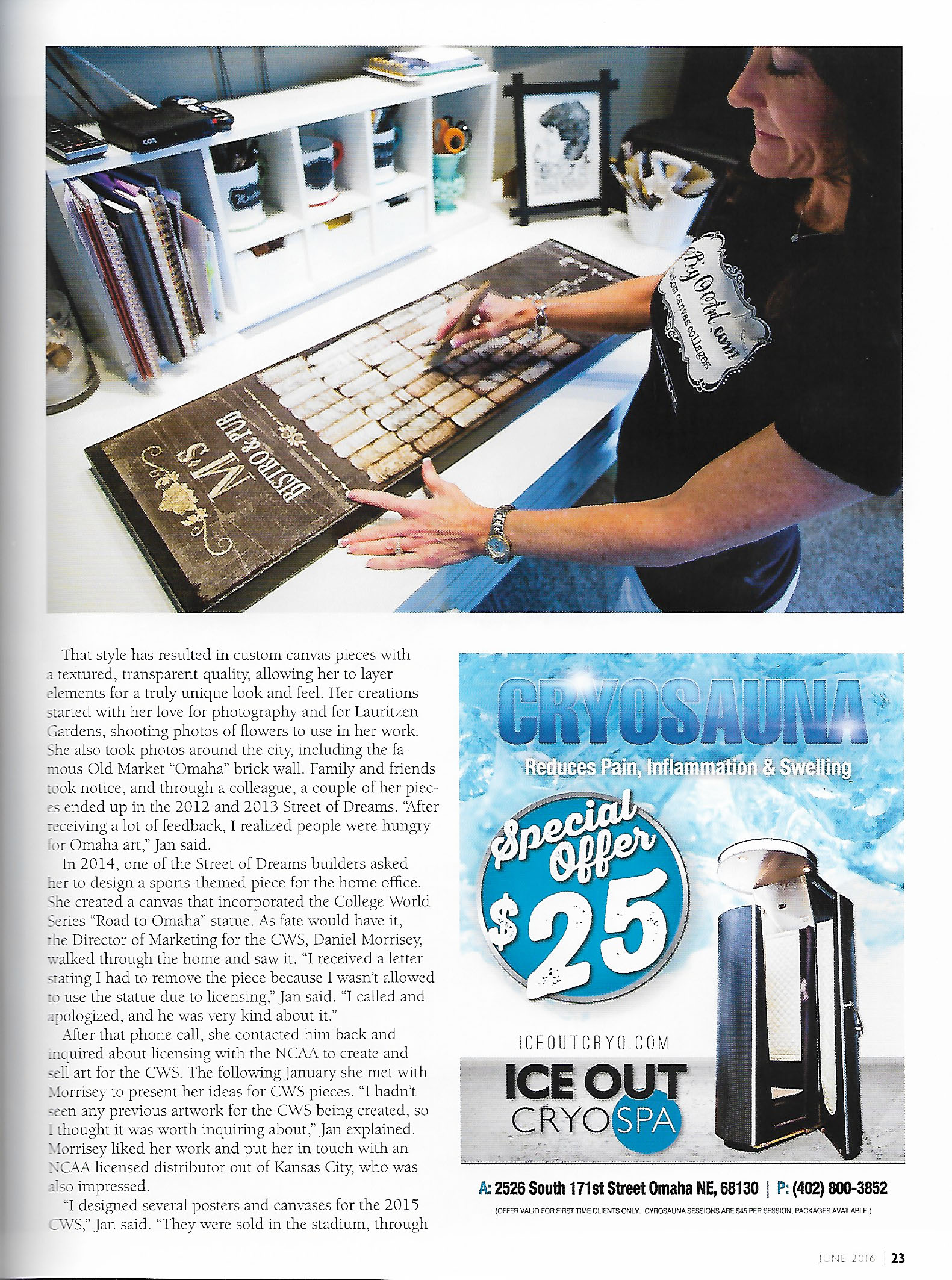 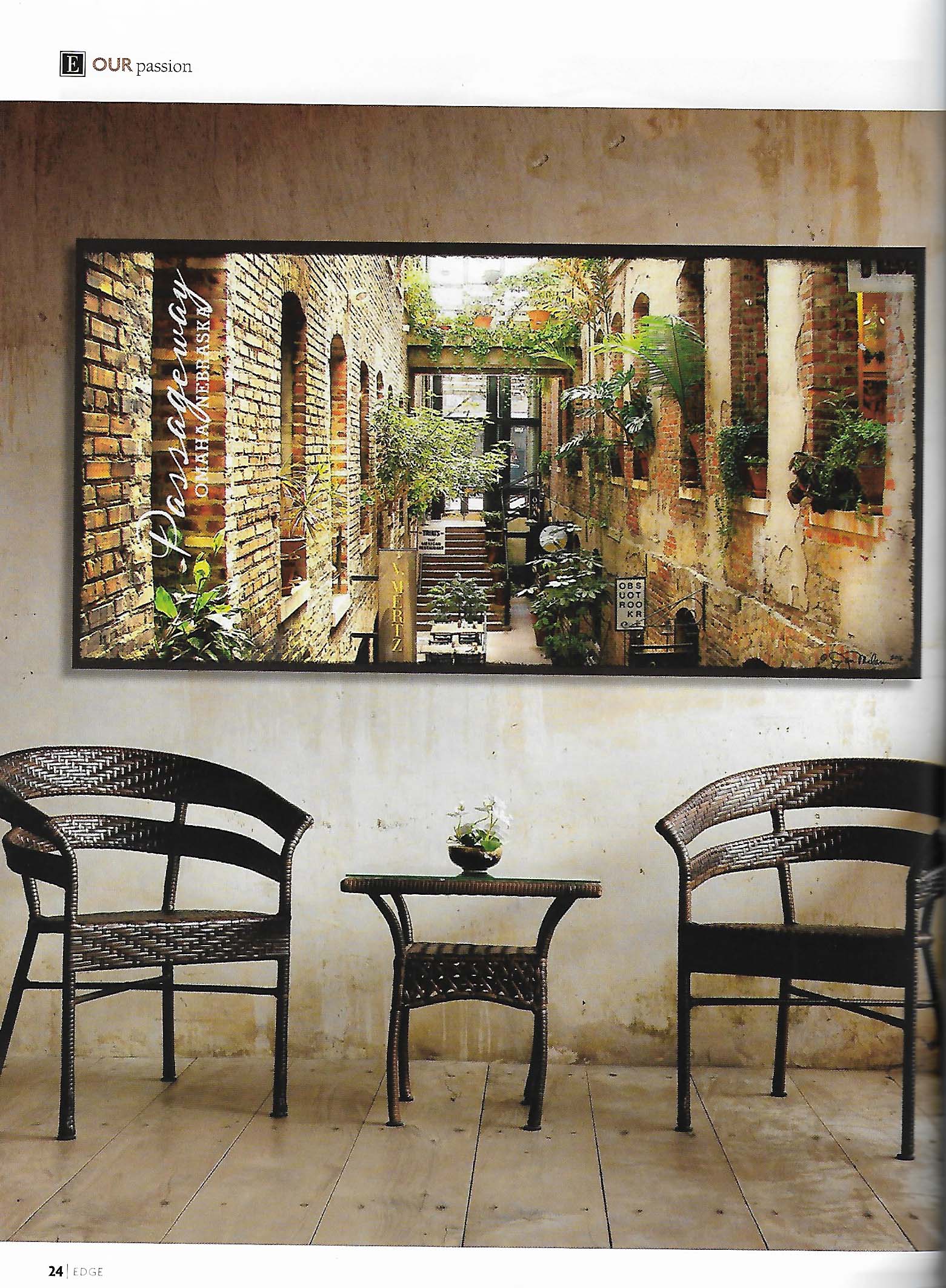 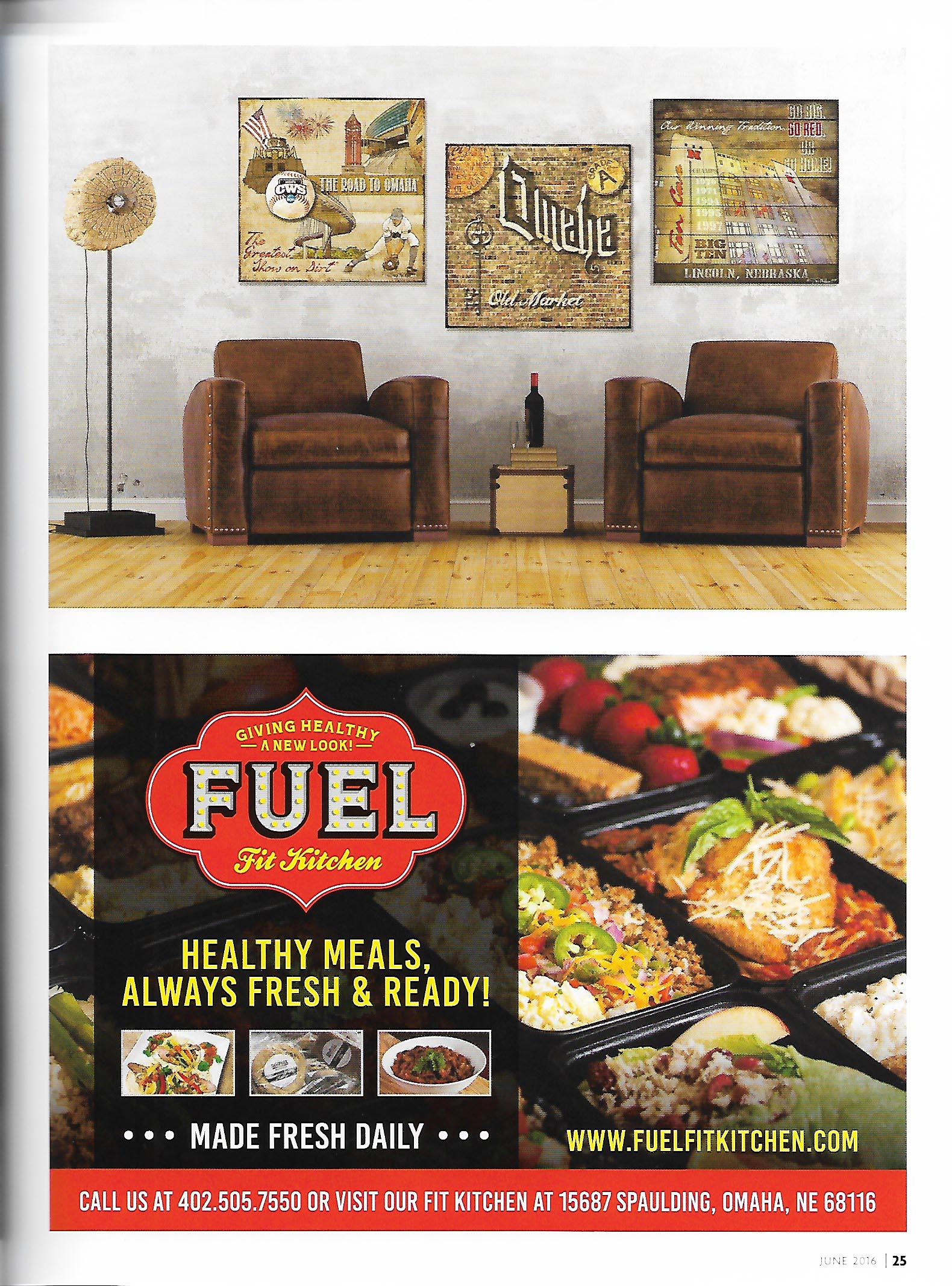 Full article can be read here or below:

Every city, regardless of size, has its own unique culture. Visitors to Omaha often comment on how friendly, honest, and hard-working people are here. They are also often surprised by the variety of arts, entertainment, and dining options, and are impressed by attractions such as the Omaha Zoo, Boys Town, and the College World Series. This was certainly the case for Jan Milam, who moved to Omaha 10 years ago. And now she is using her artistic talent to capture the city’s culture in her work that has a style just as unique as Omaha itself.

Growing up outside of New Orleans, Jan knew she wanted to be an artist at an early age. Her father was a commercial artist, and she recalls always having something to color with in her hands. She was graduated from Louisiana State University with a BFA in graphic design and worked as an art director in New Orleans, printing posters for Jazz Fest and Mardi Gras, as well as designing posters for establishments such as Café Beignet. She and her husband, Matthew, and their two children moved to Kansas City, where Jan also developed her own mobile picture framing company.

When Jan learned the family would be moving to Omaha for Matthew’s job, she was less than enthusiastic. “I thought it was in the middle of nowhere and I didn’t want to leave KC, which had since become home to me,” she said. Her perception quickly changed, though. “In the South, everyone is friendly, but people in Omaha are so genuine.” With a desire to get back into her love for creating art, Jan extended her education to become more efficient in digital artwork for its flexibility. “I wanted to develop a style that incorporated the textures, colors, and use of light found in fine art,” she said. It took her some time to develop, but her background in traditional art enabled her to find the right mix.

That style has resulted in custom canvas pieces with a textured, transparent quality, allowing her to layer elements for a truly unique look and feel. Her creations started with her love for photography and for Lauritzen Gardens, shooting photos of flowers to use in her work. She also took photos around the city, including the famous Old Market “Omaha” brick wall. Family and friends took notice, and through a colleague, a couple of her pieces ended up in the 2012 and 2013 Street of Dreams. “After receiving a lot of feedback, I realized people were hungry for Omaha art,” Jan said.

In 2014, one of the Street of Dreams builders asked her to design a sports-themed piece for the home office. She created a canvas that incorporated the College World Series “Road to Omaha” statue. As fate would have it, the Director of Marketing for the CWS, Daniel Morrisey, walked through the home and saw it. “I received a letter stating I had to remove the piece because I wasn’t allowed to use the statue due to licensing,” Jan said. “I called and apologized, and he was very kind about it.”

After that phone call, she contacted him back and inquired about licensing with the NCAA to create and sell art for the CWS. The following January she met with Morrisey to present her ideas for CWS pieces. “I hadn’t seen any previous artwork for the CWS being created, so I thought it was worth inquiring about,” Jan explained. Morrisey liked her work and put her in touch with an NCAA licensed distributor out of Kansas City, who was also impressed.

“I designed several posters and canvases for the 2015 CWS,” Jan said. “They were sold in the stadium, through surrounding vendors, area merchants and directly on my web site, BigOArt.com.” What made the deal even sweeter was that her Alma Mater, LSU, was in the CWS in 2015 and also won the series in 2009, which she and her family witnessed. “The games were so much fun and became my Omaha connection to New Orleans,” she said.

Jan’s been designing pieces for this year’s CWS since February and will again include individual team posters. Because she’s now licensed through the NCAA, she can create custom pieces for any college team. Her Omaha art is also still popular, and she can create custom pieces for any special event or hometown. She loves working with her customers directly to create personal pieces and is looking forward to expanding her areas of corporate and hotel art.  Jan has since become involved in area philanthropic work including Child Saving Institute, Open Door Mission, and Boys Town. You will often find her pieces in area fundraisers for Make-A-Wish, Boys Town, Abide, American Cancer Society, and Project Pink’d.

Jan noted that if she hadn’t moved to Omaha, she never would have discovered her niche. “I love Omaha—I have the best friends here and it’s a great place for families. I never would have had this opportunity otherwise, and I’m very grateful.”

To place an order or request a custom piece, visit https://artonlocations.com.

One thought on “Edge Magazine Feature”